This contest will test who has the superior toon customized for fast sub extraction, meaning in practical terms getting basalis/juggler as fast as possible.

The contest will be held individually and is as such more a race against the time than a group race, but times will be posted here in this thread for users to compare results.

It goes as such: The starting line is at the rails and the contestant will have to run down and kill Abby and then back up to the starling line again which is also the finish line. The time starts once the contestant begins to run and I will stop the time once he/she is back and starts a trade with my toon stationed there. I as a judge will try to keep circumstances as equal for all attendees as it is possible allthough some deviations will be unavoidable, like Abby's lvl and the casting rate of the blinding/snaring mobs on the path.

This contest will run for a fairly long period to allow players to fit it in their schedule and to practice first. When up for the task, the contender will approach me on whatever toon I'm on and let me know that one is ready. I will then make the preparations as I see fit to get the race started and observe an official racetime.

To avoid cheating and conduct a fair race I will take precations to make this happen. I will have a toon standing down at Abby and I will have the attender /terminate in Bor before starting to ensure that no OSB'ing occurs. The time used on ressurecting should also in turn make the course spawn so it is ready for use. There's one exception to this outisde buffing rule: Engis will be able to make buffed pet and then keep them after /terminate due to the infinite lifespan on their pets.

Any toon from lvl 1-25 can compete and I will make groupings in the thread so users can also see how for instance docs only compare to each other or how Neleb rob swingers compare. (Hoping to also see some toons usng other weapons.

As a guideline I will only allow one official time per toon so once you confront me and tell me you want to do this, that time will count and be put here on forum. There is one exception. If you feel you have been very unlucky on your run, then you can appeal your case to get a do-over. If I then judge you are eligible for one, you will have to do 2 consecutive runs instead and I will take the worst of those 2 and use it as the time that counts.

As this is a contest there will also be prices. As the final deadline for this contest is yet to be decided, and I don't know how many will participate, then the final reward for the best time is also yet to be decided. Furthermore there will also be prices for best specific group times like the best non-lvl 25 time among others (depending on number of participants again).

However I CAN produce one price reward allready now to get things started. I made a run on my 25 enf - Enfotas" to give you a "ghost" to chase. The first toon to beat his time no matter the class/lvl/weapon, will receive 10M CRs.(taxfree) 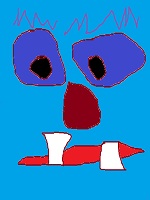 And - reqs are to be selfbuffed i suppose? so my 24 eng must be without mochams?

Edit:
Taken from the posting: "I will have the attender /terminate in Bor before starting to ensure that no OSB'ing occurs."

Edit:
Taken from the posting: "I will have the attender /terminate in Bor before starting to ensure that no OSB'ing occurs."

What if you cast pet first with OSBs, /terminate and can keep pet without OE when you don't have OSBs? E.g. you cast pet that has 300 requirements with OSBs and you have 240+ nano skills after /terminate & rezz.

Edit:
that wasn't originally the ide since I have always been a support of toons that are self-sufficient. But you make a valid question. Let's say for the sake of argument that engis be allowed to get mochs/131s and then cast pets. Then die and run in subway with better pet. (reason I only pick engis is because their pets have unlimited lifespan as long as the engi stays online so he can AFK inside sub with that pet and keep killing Abby if that is his fetish. MP and crat pets dissipate over time) On that note I still don't see engi as a contender but maybe Io can prove me wrong. Go go.